Studies Prove Without Doubt That Unvaccinated Children Are Far Healthier 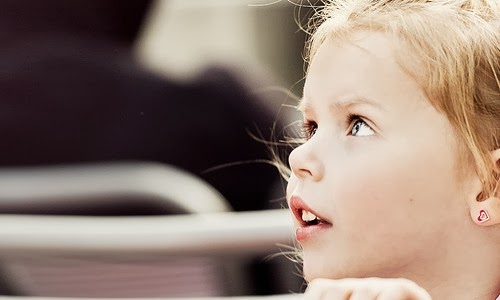 by Christina EnglandA study from the 1990s has come to light, proving that compared to unvaccinated children, vaccinated children were more likely to suffer from asthma, eczema, ear infections, hyperactivity and many other chronic conditions. Furthermore, the study identified that there was a ten-fold increase in the incidence of tonsillitis in the children who were vaccinated, and a total lack tonsillectomy operations among the children who were unvaccinated.In 1992, the Immunization Awareness Society (IAS) conducted a survey to examine the health of New Zealand’s children. Unsurprisingly, the results of their study indicated that unvaccinated children were far healthier than vaccinated children.Questionnaires were given out to IAS members, their friends and their associates asking various health questions. A total of 245 families returned their questionnaires, giving the researchers a total of 495 children surveyed. Of these children, 226 were vaccinated and 269 were unvaccinated. - See more at: http://www.naturalblaze.com/2014/02/studies-prove-without-doubt-that.html#sthash.clKalGiw.dpuf

Healthy Children and EthicsThe ages of the children ranged between the ages of two weeks – 46 years (obviously some friends were older with older children). Of the children studied, 273 were males and 216 were females. (Six children were unclassified.)Sue Claridge, who reported on the study, wrote:

Respondents were asked to provide the year of birth, gender, vaccinations received, whether or not the child suffered from a range of chronic conditions (asthma, eczema, ear infections/glue ear, recurring tonsillitis, hyperactivity, diabetes or epilepsy) whether or not he or she needed grommets, had had a tonsillectomy, or were shown to develop motor skills (walking, crawling, sitting-up etc.). Parents also provided information on breastfeeding and bottle feeding and when a child was weaned if breastfed.


During the study, another interesting fact emerged. Researchers discovered that 92 percent of the children requiring a tonsillectomy operation had received the measles vaccination, indicating that the vaccination for measles may have made some of the children more susceptible to tonsillitis.The study also revealed that 81 of the families had both vaccinated and unvaccinated children. Many of these families had vaccinated their older children but had grown more reluctant to vaccinate their younger children, due to their growing concerns regarding vaccine safety.Researchers concluded that:

Although governments from around the world have continually stated that studying vaccinated versus unvaccinated children would be unethical, the New Zealand researchers are not the only group of researchers to study comparisons.
Vaccinated Children 5 Times More Likely To Suffer From A Range Of DiseasesIn September 2011, German researchers carrying out a longitudinal study surveyed a total of 8000 unvaccinated children from the ages of 0 –19. As with the New Zealand study, researchers collected their data by conducting a survey using questionnaires. [2]Results showed that vaccinated children were up to five times more likely to suffer from a variety of diseases and disorders than unvaccinated children.Their results were compared to another German study (KiGGS), which examined a larger sample group consisting of 17,461 participants between the ages of 0 –17.Dr. Andreas Bachair, a German classical homeopathic practitioner, responsible for collecting the results of the survey from the website vaccineinjury.info stated that:
Asthma, hay fever and neurodermatitis are seen very frequently today. A recent German study with 17461 children between 0-17 years of age (KIGGS) showed that 4.7% of these children suffer from asthma, 10.7% of these children from hay fever and 13.2% from neurodermatitis. These numbers differ in western countries, i.e. the prevalence of asthma among children in the US is 6% whereas it is 14-16% in Australia (Australia’s Health 2004, AIHW).

The prevalence of asthma among unvaccinated children in our study is around 2.5%, hay fever, 3%, and neurodermatitis, 7%. According to the KIGGS study more than 40% of children between the ages of 3 and 17 years were sensitized against at least one allergen tested (20 common allergens were tested) and 22.9% had an allergic disease. Although we did not perform a blood test, around 10% stated that their children had an allergy. [3]

(As this study is a longitudinal study, the number of children being studied has since risen to 13,222. To join the study, you can fill in the questionnaire provided by clicking on the link listed as the third reference at the end of this article.)Although there were four cases of autism reported among unvaccinated children, Dr. Bachair reported that:
Of these 4 children one tested very high for metals (mercury, aluminium, arsenic); in another case the mother was tested very high for mercury.

However, this number pales into insignificance when we compare it to the 1 in 88 children currently being reported as autistic by the CDC. [4]
Other Conditions Found To Be Almost Non-Existent In Unvaccinated ChildrenDr. Andreas Bachair continued her report by stating that their study found the prevalence of sinusitis, warts, skin problems and middle ear infections were also much lower in the unvaccinated children, as were the cases of diabetes and epilepsy.She went on to say that the results demonstrated that the prevalence of many conditions in the unvaccinated children were also significantly lower. These were:
Other disorders and diseases
As we included open questions in our survey we evaluated the prevalence (of the first 10,070 participants) of some other disorders and illnesses. Unvaccinated children show very low prevalences of the following disorders:
Dr. Bachair concluded her amazing and intuitive paper by adding a number of statements from parents, which I believe really added weight to her overall findings.
ConclusionI find it amazing that despite mainstream media and leading government agencies stressing repeatedly that studies comparing vaccinated children to unvaccinated children cannot take place for ethical reasons, groups around the world are taking it upon themselves to do these studies anyway.While surveys of this kind are often dismissed as being purely epidemiological and passed off as little more than stamp collecting, I believe that studies of this nature should not be dismissed out of hand. After all, many stamp collections contain just one stamp that is worth far more than its weight in gold.These studies show without doubt that unvaccinated children are healthier than their vaccinated peers and, for this reason, these studies should be given careful consideration by all parents and professionals studying vaccination safety.

References
Photo CreditThis article first appeared at VacTruth.Christina was born and educated in London, U.K. She left school to work in a children's library, specializing in story telling and book buying. In 1978 Christina changed her career path to dedicate her time to caring for the elderly and was awarded the title of Care Giver of the Year for her work with the elderly in 1980. In1990 she adopted the first of two disabled boys, both with challenging behavior, complex disabilities and medical needs. In 1999 she was accused of Munchausen by Proxy after many failed attempts to get the boys’ complex needs met. Finally, she was cleared of all accusations after the independent psychologist Lisa Blakemore-Brown gave both boys the diagnosis of Autism Spectrum Disorder and ADHD as part of what she described to be a complex tapestry of disorders. During the assessments Ms Blakemore-Brown discovered through the foster care diaries that the eldest boy had reacted adversely to the MMR vaccine. After taking an A Level in Psychology and a BTEC in Learning Disabilities Ms. England spent many years researching vaccines and adverse reactions. She went on to gain a Higher National Diploma in journalism and media and currently writes for the American Chronicle, the Weekly Blitz, VacTruth and Namaste Publishing UK on immunization safety and efficacy whilst continuing to study for a BA Honors degree in English Literature and Humanities. England’s main areas of expertise are researching false allegations of child abuse and adverse reactions to vaccines. Her work is read internationally and has been translated into many languages. Ms England has been a guest on many radio shows and has spoken at seminars worldwide. She is the co author to the book ‘Shaken Baby Syndrome or Vaccine Induced Encephalitis – Are Parents Being Falsely Accused?’ with Dr Harold Buttram. - See more at: http://www.naturalblaze.com/2014/02/studies-prove-without-doubt-that.html#sthash.clKalGiw.dpuf